July personal income figures released today show an increase in spending relative to income. This is not good news because the higher spending means savings rates are down and household de-leveraging and spending adjustments are not proceeding. Furthermore, revisions for the first and second quarter show higher spending than previously reported, implying that adjustment is occurring less fast than previously estimated.

Table 1 shows the current savings rate and spending rates, quarterly. The savings rate for the second quarter of 2010 is dramatically higher than for 2007, but almost all of the change in savings rate has been due to falling taxes rather than lower spending. Table 2 shows monthly figures, with July personal outlays as a percent of income rising slightly and savings rates falling. 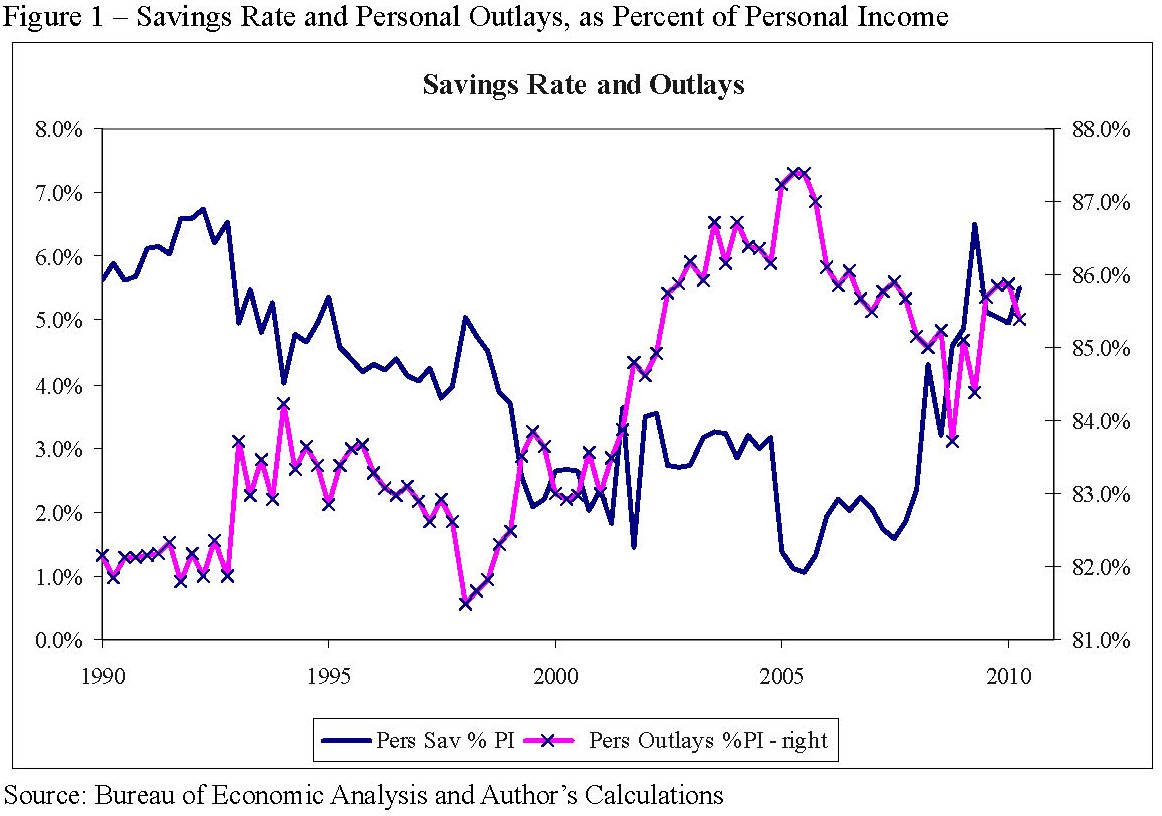 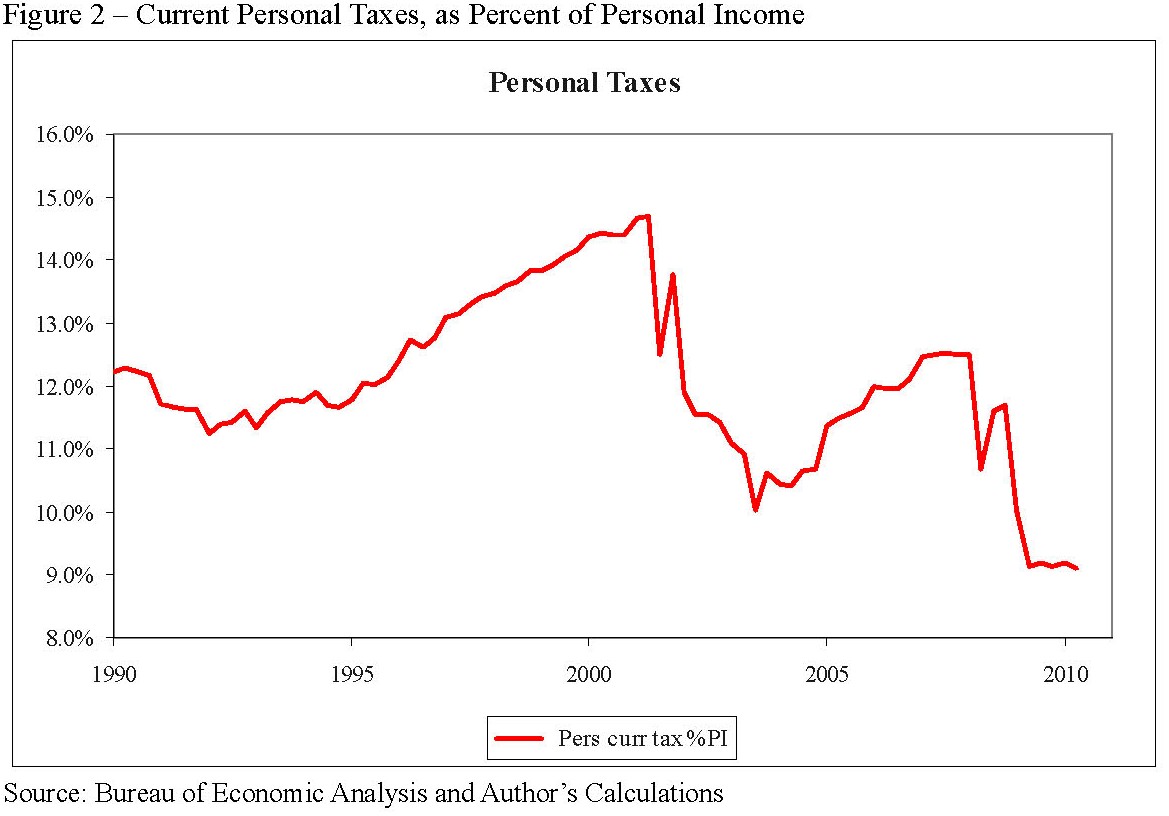